The Nuclear Ban Is Here. Now What?

The author is Director of the World Future Council Peace and Disarmament Program. He is also the International Representative of the Aotearoa Lawyers for Peace.

PRAGUE (IDN) – January 22 was a historic day for the global campaign to eliminate nuclear weapons, with the entry-into-force of the Treaty on the Prohibition of Nuclear Weapons (TPNW). According to promoters of the TPNW, nuclear weapons "are now illegal under international law". [2021-01-23 | 27] BAHASA | JAPANESE TEXT VERSION PDF | KOREAN | SPANISH The writer is Chief, United Nations Academic Impact (UNAI) hosted in the Department of Global Communications. This OpEd first appeared in this week’s #WhyWeCare, @ImpactUN on January 22.

NEW YORK (IDN | UNAI) – Memory, more than modesty, made me miss mention last week of the single exclusive conversation I was privileged to have with Brian Urquhart and which lasted all of ninety seconds. [2021-01-22] The writer is the former Head of Verification and Security Policy at the International Atomic Energy Agency and was a member of the Group of Eminent Persons for Substantive Advancement of Nuclear Disarmament established by the Minister of Foreign Affairs of Japan.

The Political Significance of the UN Nuclear Ban Treaty

The writer is the outgoing Director of Arms Control at the Austrian Foreign Ministry. He negotiated the TPNW*

VIENNA (IDN) – With its entry into force on January 22 the Treaty on the Prohibition of Nuclear Weapons (TPNW) will become binding international law for the growing number of State Parties, for the moment 51 countries. Moreover, it is also having an effect on those states that do not intend to join it. [2021-01-20 | 26]  ITALIAN | JAPANESE TEXT VERSION PDF | MALAY | THAI GENEVA (IDN) – Most of the world’s states can become a party to the UN Treaty on the Prohibition of Nuclear Weapons (TPNW) and comply with the Treaty without making any changes to their existing policies and practices, says Nuclear Weapons Ban Monitor (NWBM). But 42 states around the world currently engage in conduct that is not compatible with the new ban on nuclear weapons. In fact, Europe stands out as the region with the most states that act in conflict with the UN Treaty. [2021-01-13 | 25]  CHINESE | JAPANESE TEXT VERSION PDF | NORWEGIAN 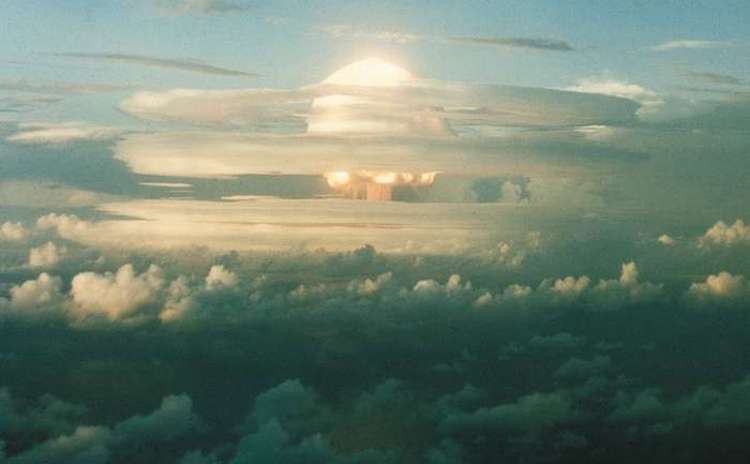 AMMAN (IDN) – The upcoming Review Conference (postponed to August 2021 due to the COVID-19 pandemic) of the Nuclear Non-Proliferation Treaty (NPT) is expected to be characterised by deep divisions among the nuclear-weapon states (NWS), and between them and the non-nuclear-weapon states (NNWS), which are deeply disappointed with the lack of progress towards nuclear disarmament despite commitments laid down in the NPT and made at past NPT review conferences. [2021-01- 06 | 24]  BAHASA | JAPANESE TEXT VERSION PDF | KOREAN | TURKISH BRUSSELS (IDN) – Amid speculations about Iran's reaction to the assassination of the country's eminent nuclear scientist Mohsen Fakhrizadeh on a road outside of Tehran on November 27, participants in the Joint Comprehensive Plan of Action (JCPOA) have reiterated their commitment to preserving the agreement and stressed their respective efforts in this regard. [2020-12- 23 | 23] GERMAN | HINDI | JAPANESE TEXT VERSION PDF

A New Handbook on Parliamentary Action for Disarmament GENEVA (IDN) – Nearly one-and-half years after UN Secretary-General António Guterres launched Securing Our Common Future: An Agenda for Disarmament in May 2018, a new handbook to support disarmament for security and sustainable development has been released. Its approach and focus draw primarily on the Agenda. Titled Assuring our Common Future, published by four international parliamentary organizations and two international policy bodies on November 5, 2020, the new publication offers background and examples of effective policies and parliamentary actions on a wide range of disarmament issues. [2020-12- 20 | 22]  ITALIAN | JAPANESE TEXT VERSION PDF | PORTUGUESE 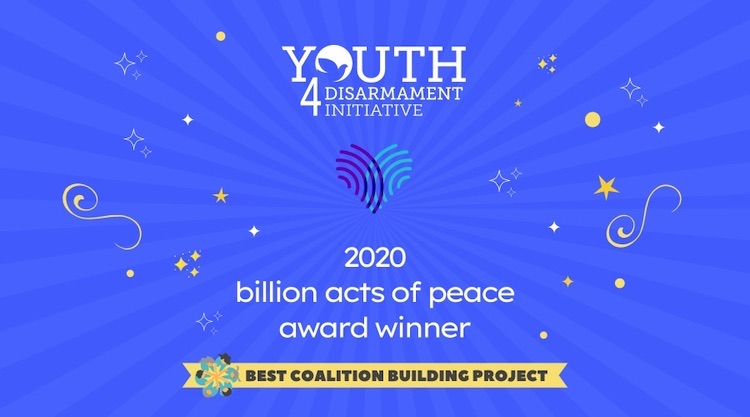 NEW YORK (IDN) – The #Youth4Disarmament initiative has been recognized as Best Coalition Building Project of 2020 by a Billion Acts of Peace. The initiative was nominated alongside 11 other inspiring projects, chosen from more than 8 million Acts for Peace.

Billion Acts of Peace, an initiative of the PeaceJam Foundation, is a global movement led by 14 Nobel Peace Prize winners and youth around the world with the ambitious goal of creating 1 billion acts of peace by 2021. [2020-12-17]