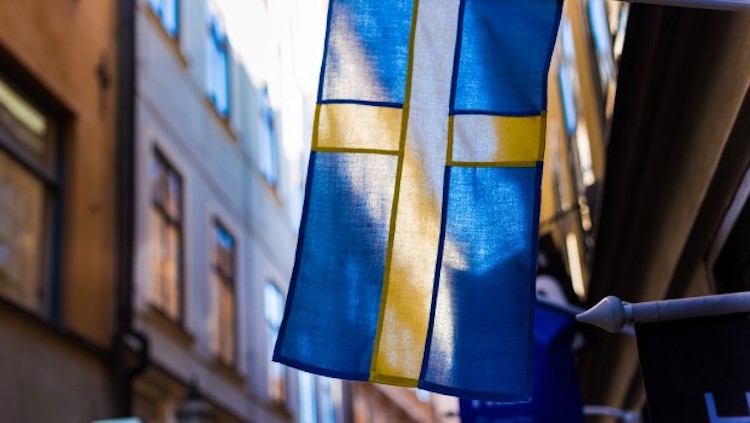 GENEVA (IDN-INPS) – International Campaign to Abolish Nuclear Weapons (ICAN), which was awarded Nobel Peace Prize in 2017, is "disappointed" that after months of delay a report for the Swedish Parliament on possible Swedish “accession” to the UN Treaty on the Prohibition of Nuclear Weapons (TPNW), has concluded that Sweden should not join the Treaty “in its present form”. The 234-page report, compiled by former diplomat Lars-Erik Lundin, was published on January 18, 2019. [2019-01-19]

"The next step is a 3-month consultation round in which many different stakeholders will be able to assess the merits of the report. After that it is expected that the Swedish government will make its official decision on whether to join the TPNW," says ICAN.

“ICAN is disappointed in the one-sided report by Lars Erik Lundin, which mainly repeats many of the same misconceptions about the TPNW that have been debunked time and time again,” says Executive Director Beatrice Fihn.

“We look forward to the upcoming round of consultations in which we will be correcting these notions once again, as well as highlighting the relevance of Sweden complying with and supporting International Humanitarian Law at all times, a key aspect of Swedish foreign policy that was completely ignored by this report.”

Meanwhile, ICAN’s Research & Policy Coordinator Stuart Casey-Maslen has written up an initial analysis of the "rather shocking" report, highlighting a few of its most significant shortcomings. Following are main points of the analysis from the ICAN website:

The report duly acknowledges that: “The combined danger of horizontal and vertical proliferation may lead to an unmanageable situation from the perspectives of arms control and peace.” But on the whole the report reads more like a crude hatchet job on the Treaty than an impartial assessment of the pros and cons of Sweden joining the TPNW. There are errors of fact and law aplenty, which is surprising from such an experienced former diplomat.

First, some of the report’s main conclusions are rather bizarre. For instance, it claims that the TPNW “is not a mainstream arms control convention between the states most concerned but primarily an attempt by other nations and civil society to influence the disarmament and related policies of nuclear-weapon powers and their allies.”

The criticism that the biggest users were not also the negotiating states could be levelled at both the Anti-Personnel Mine Ban Convention and the Convention on Cluster Munitions, but these treaties have been extremely successful in prohibiting actions by states parties while also stigmatising the behaviour of other states.

The TPNW is no different in this regard, except that it is a United Nations disarmament treaty which was open to all states to negotiate (the nuclear-armed states decided not to do so). The TPNW, which continues to be open to all states to sign, was adopted by 122 states. How is that not “mainstream”?

Second, the report examines the impact of the 1968 Treaty on the Non-Proliferation of Nuclear Weapons (NPT) and its interrelationship with the TPNW. It declares that Sweden has “the legitimate expectation” that other states parties to the NPT will respect the “commitment” to pursue nuclear disarmament and to promote non-proliferation of nuclear weapons. To be clear, though, these are solemn legal obligations not vague promises. If the nuclear-armed states were complying with those obligations they would have already begun multilateral disarmament negotiations, or at least taken part in the negotiation of the TPNW.

Third, the report acknowledges the “frustration” among non-nuclear-armed states at the failure of nuclear-armed states to disarm but does not consider in any detail the catastrophic consequences that would result from any new use of nuclear weapons (not just a nuclear “war”) that was the foundation of the TPNW. Reframing the nuclear debate away from sterile repetition of “deterrence” as a self-fulfilling prophecy propelling a new arms race was one of the major achievements of the negotiation of the TPNW.

Fourth, the report complains that the TPNW does “not seem a sharp and very relevant tool” when it comes to addressing “gaps in security and cooperation” because the treaty “focuses mainly on the normative perspective.”

This is an absurd point to make. Biological and chemical weapons have been prohibited by international treaty despite their military utility but because of their humanitarian consequences. The two disarmament treaties — which are, by definition, a normative framework — simply outlawed the weapons. The time had come to do the same with nuclear weapons: the most destructive, inhumane and indiscriminate weapons ever invented by humankind.

Fifth, the report claims that there is “no independent system” to ensure compliance within the TPNW and that it is “largely dependent on what has been agreed under the NPT regime including through the Comprehensive Test Ban Treaty (CTBT)”. The CTBT is not yet in force and has little prospect of entering into force. There is no system for ensuring compliance in the NPT.

Sixth, the report complains that the TPNW does not require a state party to also be a party to the NPT. That is true but neither does any other non-proliferation or disarmament treaty. The TPNW does, however, explicitly reiterate the importance of the NPT (described as the “cornerstone” of the nuclear non-proliferation regime) as well as the CTBT.

Finally, it’s worth noting that the terms of reference for the report were exceptionally narrow, focusing on “accession” – as if the only option open to Sweden right now would be to immediately join the Treaty. In fact, Sweden normally signs and then later ratifies treaties, particularly weapons treaties, rather than acceding to them directly. This is the standard approach for most states to adhere to any treaty, allowing the executive to sign a treaty and the legislature to consider it in detail prior to authorising ratification.

"Sweden could and should sign the TPNW tomorrow and if it does, its security will be enhanced not reduced as the author implies. Hopefully, this report will be swiftly forgotten and a more balanced consideration of the advantages and disadvantages of Swedish ratification undertaken," concludes ICAN. [IDN-InDepthNews – 19 January 2019]