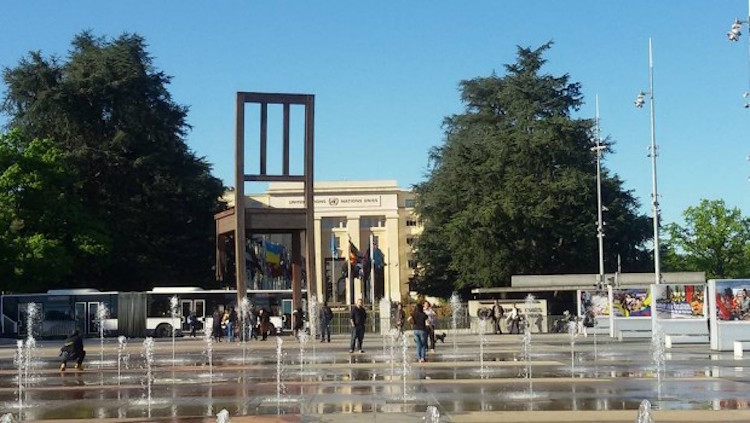 The OEWG is mandated to draw-up legal measures and norms for prohibiting nuclear weapons in the world. It was established by the UN General Assembly in December 2015 for negotiating new global rules for nuclear disarmament, including the abolition of nuclear weapons and “measures to reduce and eliminate the risk of accidental, mistaken, unauthorized or intentional nuclear weapon detonations”.

Given the untold misery and havoc caused by the nuclear weapons in Hiroshima and Nagasaki over 70 years ago when the United States chose to detonate weapons of mass destruction in civilian areas, and the continued tragedies stemming from the Chernobyl disaster 30 years ago and the Fukushima nuclear accident five years ago, it is normal to expect leadership role from the nuclear weapon states at the OEWG.

With the nuclear non-proliferation treaty, which is the “grand bargain” of the official nuclear weapons states – the United States, Russia, China, Britain, and France – for stopping the proliferation of nuclear weapons, having failed to produce a concrete roadmap, it has become imperative for non-nuclear weapon states to accelerate global efforts towards complete disarmament.

Recently, the Bulletin of Atomic Scientists (BAS) announced that the Doomsday Clock would remain at three minutes to midnight as a reflection of how close the BAS thinks the world is to a catastrophic disaster that takes into account risks such as climate change and the possible use of nuclear weapons.

But, ironically, neither the five permanent members of the UN Security Council, nor the newly emerged nuclear weapon states – Israel, India, Pakistan, and North Korea – are taking part in the OEWG’s sessions. “It’s not an easy task we have ahead of us,” Beatrice Fihn, ICAN’s executive director told IDN-INPS.

“Nuclear weapons are huge weapons, the biggest bombs that ever existed and they are some kind of political monsters, the ultimate symbol of power and increasingly seen as the entrance fee for a permanent Security Council seat,” she maintained.

Despite the absence of the nuclear weapons states at the meeting, the non-nuclear weapon states and the ICAN and other civil society groups are leaving no stone unturned in persuading the OEWG to prepare strong recommendations for the UN General Assembly.

In a powerful statement issued at the Geneva meeting on May 2, Seguridad Humana en Latinoamérica y el Caribe (SEHLAC), a partner organization of the ICAN, said: “The alarming evidence presented today [ May 2] and at the previous session of the open-ended working group indicates that the risk of a nuclear weapon detonation – whether by accident or design – is increasing.”

“We believe that the heightened tensions among nuclear-armed states and their allies in recent years makes progress towards nuclear disarmament all the more important and urgent,” the SEHLAC maintained on behalf of ICAN.

Both non-nuclear weapon states and ICAN and its various partners circulated concrete proposals on how to move forward towards the shared goal of banning nuclear weapons.

Already 127 countries have endorsed the ‘Humanitarian Pledge’ for stigmatizing, prohibiting, and eliminating nuclear weapons. It aims to fill the “legal gap” under which the nuclear weapons of mass destruction are not yet explicitly prohibited under international law.

The Pledge, which was issued on December 9, 2014 at the conclusion of the Vienna conference on Humanitarian Impact of Nuclear Weapons enables member states to start negotiating a comprehensive treaty for banning nuclear weapons.

The Humanitarian Pledge, which was adopted by the UN General Assembly over five months ago, calls on nations to join negotiations for finalizing a treaty to prohibit the nuclear weapons.

Clearly, this proposal by the nine countries is an important turning point, according to ICAN’s executive director Fihn. It “shows that governments are getting ready to start a process banning nuclear weapons”, she said.

A broad consensus in the making appears to be that the nuclear weapon and the non-nuclear weapon states together with the international civil society should strive for a meaningful and effective legal treaty.

“If our ultimate goal is to eliminate nuclear weapons, we cannot physically abolish them without the participation of nuclear weapon states,” said Kimiaki Kawai, director for peace and human rights at Soka Gakkai International (SGI), Japan-based Buddhist network representing more than 12 million people in 192 countries.

SGI presented a detailed working paper to OEWG on Nuclear Weapons and Human Security in which it argues for a “truly global enterprise involving all States and fully engaging civil society,” adding: “All States have an obligation to promote and participate in good faith negotiations for disarmament, bringing them to a successful conclusion.”

“I have a conviction that we should really start our efforts consistently to have a discussion between nuclear weapon states and non-nuclear weapon states, and identify the issues that exist between the two and the kind of steps to resolve these,” said Hirotsugu Terasaki, SGI's Executive Director of International Peace and Global Issues.

“If the shared goal is to create a world without nuclear weapons, a universal goal, then the civil society network [must] support the direction of such a discussion [between the nuclear haves and have-nots],” Terasaki told IDN-INPS. It is important to identify whether from the security or economic points of view, nuclear weapons benefit the nuclear weapon states, he added.

“Looked at from various aspects, it is very clear that the existence of nuclear weapons does not protect humanity,” Terasaki maintained. “Therefore, nuclear deterrence is an illusion; and we have to come out of that. It’s not good to see countries still spending (huge amounts of money) on nuclear weapons,” he argued.

In fact, as SGI’s working paper points out, the continued maintenance and modernization of nuclear weapons runs counter to the spirit of Article 26 of the Charter of the United Nations, which calls for the “least diversion for armaments of the world’s human and economic resources”.

“The world without nuclear weapons is garnering increasing support the world over. The majority of the world’s government want to negotiate a new treaty that would prohibit nuclear weapons. I really hope that the nuclear weapon states would take the sincere stance to participate in discussions (on doing away with nuclear weapons),” SGI’s senior official Terasaki said. [IDN-InDepthNews – 5 May 2016]