The NPT Will Probably Endure, But Its Longevity May Be at Stake

The writer is President of Pugwash Conferences on Science and World Affairs and former UN High Representative for Disarmament Affairs. 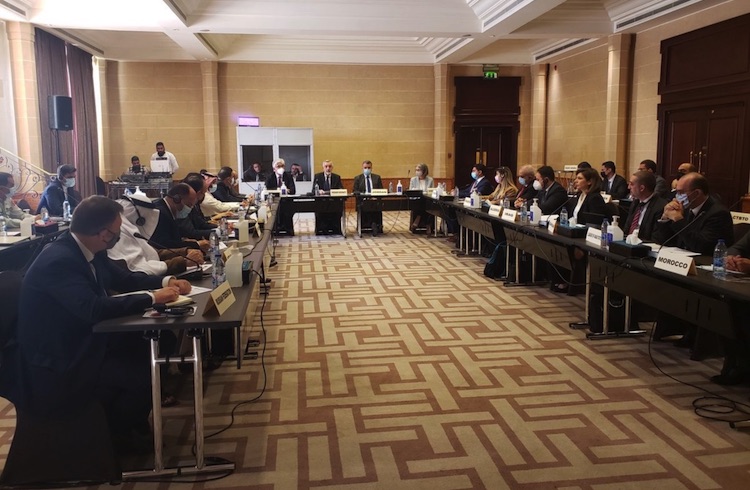 NEW YORK (IDN) — The NPT turned 50 in 2020. The anniversary should have coincided with the Tenth Review Conference, but unfortunately, it had to be postponed due to the COVID 19 pandemic. President-designate Gustavo Zlauvinen wisely used the delay to deepen his consultations with states parties in an effort to ensure the success of the Conference. [2021-11-27-19] HINDI | JAPANESE TEXT VERSION PDF | SPANISH

Adoption of a Final Document is usually considered an indication of “success”. Divergent views and lack of consensus, however, have plagued the NPT during these five decades of its existence. Since the last Review in 2015, persistent differences have not been settled and new problems have cropped up. Its current woes notwithstanding, the NPT will probably endure for the immediately foreseeable future, but its longevity may be at stake due to its overall poor implementation record regarding disarmament.

A quick look at the history of General Assembly decisions during the decades prior to the adoption of the NPT provides some interesting observations. Many successive General Assembly resolutions adopted then already stressed the need for effective measures of nuclear disarmament together with non-proliferation provisions.

The very first resolution of the Assembly, adopted in January 1946, created a Commission “to deal with the problems raised by the discovery of nuclear energy” and charged it, inter alia, to make specific proposals for the “elimination of atomic weapons”. Rivalry and mistrust between the two major powers, however, prevented any progress.

Widespread concern with a possible increase in the number of nations possessing nuclear weapons led to General Assembly Resolution 1665, promoted by Ireland. It was adopted without a vote in 1961 and called for negotiations to prevent the spread of nuclear weapons to additional states beyond the ones already possessing them but did not mention disarmament.

In 1965 the General Assembly adopted Resolution 2028(XX) by 93 affirmative votes. There were five abstentions, including by one nuclear weapon state—France. All other nuclear-weapon states existing at the time voted in favour and no negative votes were recorded. The resolution called upon the Eighteen-nation Disarmament Committee (ENDC)[1] to negotiate, as a matter of urgency, a treaty to prevent the proliferation of nuclear weapons and set forth the principles on which that instrument should be based.

Among the main principles laid out for the proposed treaty were that it must not permit nuclear and non-nuclear states to proliferate, directly and indirectly, nuclear weapons; it should embody an acceptable balance of responsibilities and obligations of nuclear and non-nuclear states; and should be a step toward general and complete disarmament and more particularly, nuclear disarmament.

The two co-Chairs of the Committee[2] presented separate drafts and later a joint text. In March 1968 the co-Chairs introduced a new draft treaty which in their view incorporated the proposals made during the work of the Committee. That draft, however, failed to obtain consensus.

Several non-nuclear members of the Committee felt that it did not contain an adequate balance of the rights and obligations of nuclear and non-nuclear states and that it was necessary to include stronger, legally binding disarmament obligations.

In response, the co-Chairs proposed what constitutes now Article VI of the Treaty. Some members also saw in other provisions a serious impairment of their efforts in the pursuit of peaceful applications of atomic energy and a number of amendments were presented. No further changes, however, were introduced in the draft and the co-Chairs decided to send it “on behalf of the Committee”[3] to the General Assembly annexed to a report which did not obtain consensus.

Predictably, there was no consensus on the draft treaty at the Assembly. It was adopted by 95 votes in favour and became Resolution 2373(XXIII). A significant number of delegations either did not cast affirmative votes (21) or voted against (4). This result shows that despite ample support for the need to prevent proliferation through an international treaty there was also strong disagreement on certain important elements of the proposed NPT.

Gradually, however, the overwhelming majority of the international community found it in their interest to accede to the Treaty, despite its shortcomings. It took almost thirty years for the NPT to reach its current membership—four short of universality. All four holdout states came to develop their own capabilities and obtained their own nuclear arsenals. None of the current nine possessors of nuclear weapons seems willing to accept legally binding, independently verifiable and time-bound commitments to disarm.

The Treaty on the Non-proliferation of Nuclear Weapons is today the most adhered to the instrument in the field of arms control. Yet, in the absence of stronger and trustworthy disarmament commitments doubts about its continuing credibility remain and account for explicit demonstrations of dissatisfaction.

Non-nuclear parties have increasingly pointed out the Treaty’s shortcomings and argue for stronger, legally binding and time defined disarmament commitments. The five states that are recognized as “nuclear weapon states” under Article IX.3 continue to insist that keeping and modernizing their nuclear arsenals is necessary to ensure their own security and seem to regard the NPT as entitling them to retain such weapons for as long as they see fit and to use them at their discretion.

Concern with the humanitarian aspects of the use of nuclear weapons led to three conferences of officials and experts in 2013 and 2014. The findings of these conferences, together with frustration with the impasses at multilateral deliberative and negotiating organs led to the creation of a working group to “take forward disarmament negotiations” and resulted in the adoption of the Treaty on the Prohibition of Nuclear Weapons (TPNW) at a United Nations conference in 2017. The TPNW entered into force on January 22 2021. The first meeting of its Parties is set for March 2022 in Vienna.

The TPNW draws relentless opposition from nuclear-weapon states. Nevertheless, at the forthcoming NPT Review Conference, it will not be possible to evade debate on its existence and significance for the progress of nuclear disarmament. Regardless of the extremist positions taken by some of its opponents, the TPNW is inextricably linked to Article VI of the NPT, which contains the undertaking of each of its parties “to pursue negotiations in good faith on effective measures relating to cessation of the nuclear arms race at an early date and to nuclear disarmament”. 122 of its non-nuclear parties did exactly that in 2017 by promoting General Assembly 71/258 to convene negotiations on a treaty prohibiting nuclear weapons. It is therefore incongruous to try to dissociate the TPNW from the NPT. All parties to the latter would do well to recognize and highlight the convergence between the two texts.

Lack of consensus on a Final Document is not an unusual outcome for NPT Review Conferences. Five out of the nine held so far have failed to produce agreement on a concluding text and some of those who did merely registered divergent views.  It is true that important conceptual results were achieved in 1995, 2000 and 2010. However, paramount commitments such as those regarding the Middle East and on the review procedures agreed in 1995, both of which made possible the indefinite extension of the Treaty, have not yet produced tangible results. Neither have the “13 Steps” on nuclear disarmament agreed in 2000. The same can be said of the lengthy list of recommendations contained in the Final Document of the 2010 Review Conference. All efforts leading to concrete measures for the elimination of nuclear weapons have been effectively thwarted.

The forthcoming Review Conference will have to deal with many thorny issues. Some precede the inception of the treaty itself. Others reflect recent changes and renewed tensions in the security situation in different parts of the globe. All of them make for the particularly critical juncture in which the conference will take place.

It is remarkable that the NPT has been able to survive to the mature age of 50 despite the steady increase in frustration and impatience among non-nuclear parties. It is fair to recognize that even if not entirely successful in containing proliferation—arsenals keep increasing and four new NWS emerged—the treaty has played an important role in preventing an even wider dissemination of nuclear weapons.

Any objective assessment of the performance of the NPT over the last half-century must however conclude that its greatest failing has been not delivering effective measures of nuclear disarmament, thereby frustrating the legitimate expectations of a large majority of its parties.

The few positive signs along that road, such as reductions in the nuclear forces of the U.S and Russia or the resumption of dialogue between these two countries have been offset by a vigorous drive to “modernize” existing arsenals and are hardly sufficient to dispel the growing anxiety about security conditions. Humanity seems closer to a nuclear catastrophe than ever before.

Parties to the NPT should remind themselves that its central bargain is renouncing the nuclear option in exchange for nuclear disarmament. As long as that fundamental deal remains unfulfilled, the credibility and the longevity of the instrument will remain at stake. The Tenth Review Conference will tell if confidence in it will come out strengthened—or further eroded. [IDN-InDepthNews – 30 November 2021]

Photo: Ambassador Gustavo Zlauvinen, President-designate of the Tenth NPT Review Conference, addresses the opening of the regional meeting on November 13-14.

[1] France was a member of the ENDC but chose not to attend its meetings.

[2] The representatives of the USA and the USSR.