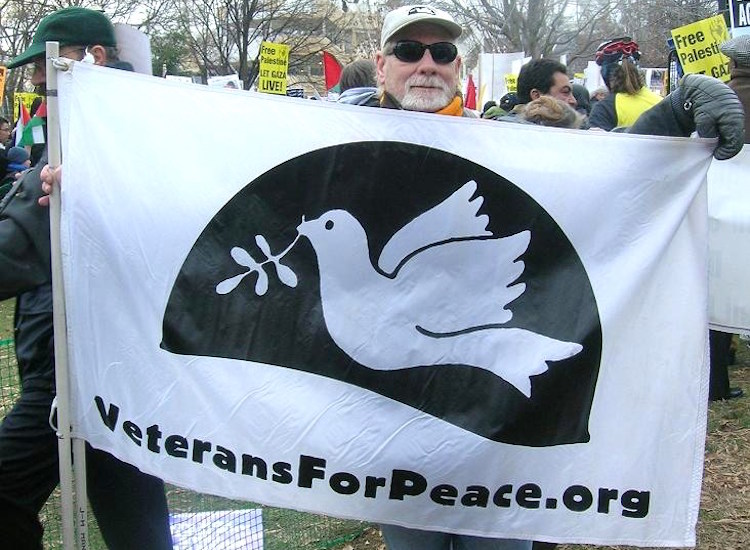 VFP believes that it would be "diplomatically more prudent" to use the UN talks "as an opportunity to engage Iran and North Korea in discussions to determine if there is some common ground on which to proceed and lessen tensions in the Middle East and the Far East."

In a letter to Ambassador Nikki Haley, U.S. Permanent Representative to the UN, the organisation's president Barry Ladendorf says: "Our government’s duplicity seems to have no bounds. We blithely ignore our treaty obligations under the NPT, now foment the old cry that we cannot trust Iran and North Korea, countries which voted to support the ongoing negotiations, forgetting that we already hold Iran to our own 'test and verify' standards, and seem to be adamant that a treaty banning nuclear weapons be taken off the table."

The letter describes Haley's press conference at the start of the first session of UN General Assembly's nuclear ban treaty negotiations on March 27 "a distressing commentary on how the United States has chosen to abandon diplomacy and, in its stead, simply run roughshod over international treaties, rules and established conventions."

The first session of the talks concluded on March 31 and the second is scheduled for June 15 through July 7, 2017.

Ladendorf draws Haley's attention to what President John F. Kennedy said in a 1961 address to the United Nations: “Every man, woman and child lives under a nuclear sword of Damocles, hanging by the slenderest of threads, capable of being cut at any moment by accident or miscalculation or by madness.”

The world has changed since President Kennedy spoke those words, "but, unfortunately, it has changed for the worse," says the letter. "It has, in fact, become more dangerous and the chance of nuclear war is now greater than during the height of the cold war."

The letter adds: "The Trump Administration has at its disposal the most powerful nuclear arsenal in the world. Yet, it still wants more. President Trump even welcomes a new arms race and is apparently willing to spend billions of dollars for such folly in clear violation of Article 6 of the Nuclear Non-Proliferation Treaty (NPT). To continue down this path can only increase the risk and dangers of nuclear war."

VFP is represented at the UN as a non-governmental organisation (NGO). Two of the principal goals of VFP, an international organisation of veterans that was organised in the U.S. 32 years ago, are to abolish war as an instrument of national policy, and to end the arms race and eventually eliminate all nuclear weapons. [IDN-InDepthNews – 21 April 2017]