Japan's Largest Ever Voluntary Contribution to the CTBTO 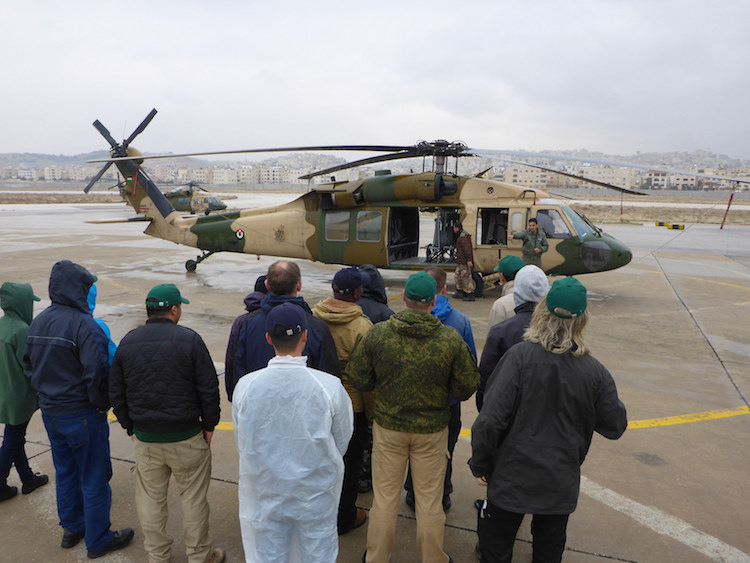 BERLIN |VIENNA (IDN) – Japan, by far the only country to experience atomic bombings in Hiroshima and Nagasaki, has decided to make the largest ever extra-budgetary contribution to the Comprehensive Nuclear-Test-Ban Treaty Organization (CTBTO).

The funds amounting to about USD 2.43 million will support a range of verification related activities to improve the detection capabilities of the Organisation – and thus pave the way for a world free of nuclear weapons.

A voluntary contribution of this size must be recognized as a strong signal of Japan’s commitment to ‘finish what we started’ – getting the Treaty into force and finalizing the International Monitoring System, said CTBTO Executive Secretary Lassina Zerbo. [P38] JAPANESE TEXT VERSON PDF | PORTUGUESE

At a ceremony in Vienna on February 23, Zerbo thanked the Permanent Representative of Japan, Ambassador Mitsuru Kitano, for his country’s largest ever voluntary contribution to the CTBTO.

“This generous contribution will further build-up the International Monitoring System’s capacity to improve our radionuclide monitoring technology, which can conclusively establish whether a nuclear test explosion has occurred,” Zerbo said.

Hydroacoustic monitoring is a component of the CTBTO verification system. Japan is one of the few experts on hydroacoustic station development and some of the funds will be also dedicated to improve the organization’s ability to master this technology.

Specifically the conribution will be used to: procure and deploy a mobile noble gas detection system; conduct measurement of background level of radio-xenon; and contribute to software development through testing and integration.

Japan signed the CTBT the day it opened for signature on September 24, 996, and ratified it less than a year later, on July 8,1997. Japan was the fourth State to ratify the CTBT and the first of the nuclear-capable Annex 2 States to do so.

As part of the CTBTO’s International Monitoring System (IMS) to ensure no nuclear test goes undetected, Japan hosts six seismic, one infrasound and two radionuclide stations, as well as a radionuclide laboratory.

In addition to Japan’s substantial voluntary contributions over the years, the country is also the second largest contributor to the CTBTO’s regular budget, after the United States, CTBTO said on its website.

In early 2014, Japan made a voluntary contribution of USD 455,000 towards the enhancement of the verification system and to support activities of the Group of Eminent Persons (GEM). Weeks earlier Japan also made a voluntary contribution of USD 737,000 for the acquisition of high-performance computing hardware, enabling the CTBTO to track airborne radioactivity more accurately.

Spearheading international efforts in support of the Treaty’s entry into force, Japan, along with Kazakhstan, are the Co-Coordinators of the Article XIV process for the biennium 2015-2017.

According to the CTBTO, 183 states have signed and 166 have ratified the treaty, which U.S. President Bill Clinton called “the longest-sought, hardest-fought prize in the history of arms control”.

In spite of what since has become a global norm against explosive nuclear testing, the CTBT itself does not enter into force until it is ratified by eight holdout states listed in Annex 2 of the treaty: China, Egypt, Iran, Israel and the U.S. have signed but not ratified. India, North Korea and Pakistan have yet to even sign. All the same, the accord is a well-established pillar of the international security system.

The UN Security Council in September 23, 2016 marked the treaty’s 20th anniversary by adopting Resolution 2310, which recognizes international support for it, reinforces the global norm against nuclear test explosions created by the treaty, underscores the value of the international monitoring system to verify treaty compliance, and calls on all remaining states to sign and ratify to facilitate its “early entry” into force.

Speaking to the press shortly after the Council voted on the resolution, Lassina Zerbo, the Executive Secretary of the Vienna-based CTBTO, said the Organisation welcomed any initiative that serves to strengthen the norm against nuclear testing. He however noted that the first step towards that world, is an end to nuclear testing.

Designed to detect any nuclear explosion conducted on Earth, whether underground, underwater or in the atmosphere, the CTBT verification regime comprises 337 monitoring facilities around the world.

This value, in fact, goes even beyond verification of State’s undertaking not to test, Zerbo said in statement at the XXV Session of the General Conference of the Agency for the Prohibition of Nuclear Weapons in Latin America and the Caribbean (OPANAL) in Mexico City on February 14, 2017. Member States have identified a wide range of civil, scientific and industrial applications of CTBT data in areas such as disaster risk reduction and environmental monitoring, he added.

Whether it is to detect earthquakes and provide real time warnings of tsunamis, track severe storm systems or radiation dispersal from nuclear accidents, or advance the study of meteorology, climate change and ocean life, CTBT data potentially offers a unique and invaluable contribution to the development of human well-being, Zerbo said. IDN-InDepthNews – 23 February 2017]