U.S. Moves into Age of Nuclear Uncertainty – and Ignorance 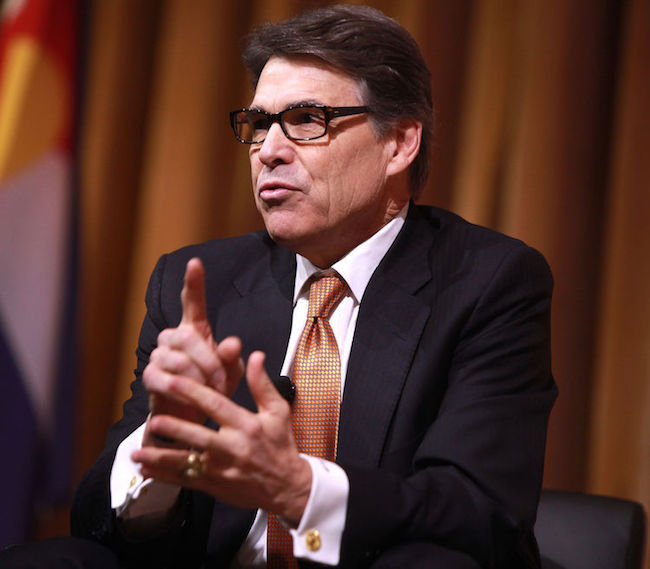 WASHINGTON, DC (IDN) – With the inauguration of Donald Trump as the new President on January 20, the United States moves into an age of nuclear uncertainty – and perhaps ignorance.

The frightening prospects took a bizarre turn when a day earlier Trump’s nominee for Energy Secretary, former Texas Governor Rick Perry, apparently was not aware that his department is in charge of America’s nuclear weapons.

According to an editorial in the New York Times on January 20, Perry knew only recently that "his biggest responsibilities would, in fact, involve overseeing a vast nuclear security complex that he knows almost nothing about".

And most of the department’s annual $30 billion budget, the Times said, goes to maintaining, refurbishing and keeping safe the nation's nuclear weapons; curbing the spread of nuclear weapons; rebuilding nuclear production facilities and overseeing a network of highly regarded national laboratories.

Equally strange was the fact that Perry once called for the abolition of the very Energy Department he will now lead.

During one of the televised debates in 2011, Perry forgot to even identify, by name, the Department of Energy while trying to list the three departments he wanted to eliminate. “The mockery amid the appointment news was immediate and brutal,” said one news report.

The lingering question is whether Perry is the right man for the job of overseeing and monitoring America’s huge nuclear arsenal.

Perhaps the only consolation, according to the Times, is that Perry has shown a greater readiness to learn by speaking to outgoing Energy Secretary Ernest Moniz, "a respected nuclear scientist".

Dr M.V. Ramana, a physicist and lecturer at Princeton University’s Programme on Science and Global Security and the Nuclear Futures Laboratory in the Woodrow Wilson School of Public and International Affairs, told IDN: “My sense is that Rick Perry’s complete lack of experience would result in lower level personnel continuing with business as usual and strong attempts by outsiders with vested interests to shape the agenda of the Department of Energy (DOE).”

These groups probably already have considerable influence on DOE actions and policies, he noted. “But now I suspect a bevy of military contractors and lobbyists would be attracted to Rick Perry like bees to an open pot of honey,” said Dr Ramana, author of “The Power of Promise: Examining Nuclear Energy in India”.

He pointed out that the nuclear modernization program will probably continue in much the same way it did under (former U.S. President Barack) Obama. “There will probably also be a number of nuclear reactor designers pushing untested designs into the DOE. All in all, we all need to be on our guard,” Dr Ramana warned.

According to the Times, Perry who faced confirmation hearings in Capitol Hill on January 19, was “similarly vague on two major strategic decisions facing the new administration – whether to continue or modify a $1 trillion, 30-year upgrade of the missiles, submarines and bombers in the nuclear arsenal, and whether to adhere to a moratorium on nuclear testing that the United States has observed since 1992”.

Meanwhile, during the election campaign last year, Trump dismissed Iran’s nuclear agreement, formally known as the Joint Comprehensive Plan of Action (JCPOA), as “stupid”, “a lopsided disgrace” and “the worst deal ever negotiated.”

But monitoring that deal may also come within the purview of Perry’s DOE.

Speaking to reporters on January 17, Iranian President Hassan Rouhani said: “Mr Trump says he is not happy with the nuclear deal, or he calls it the worst agreement.”

“These are more like slogans. I consider it unlikely that anything will happen in practice,” he added. [IDN-InDepthNews – 21 January 2017]