Is it Time for South Korea to Nuke Up? 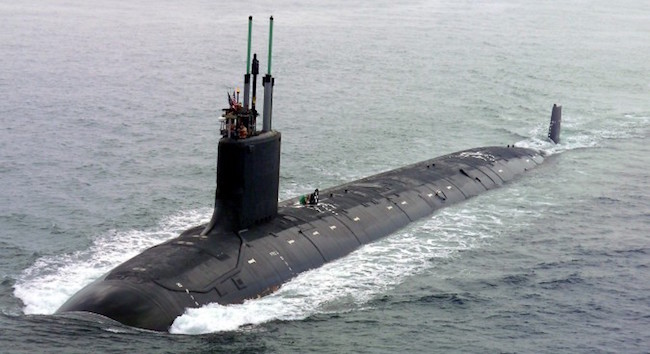 SEOUL (IDM-INPS | NK News) - Since North Korea showed the rest of the world that it has made significant progress in developing its submarine-launched ballistic missile (SLBM) technology earlier in August, and combined with its quickly-growing ability to miniaturize nuclear weapons, there have been increased calls among South Korean lawmakers, think tanks, military experts, and pundits for South Korea to acquire its own nuclear submarines to counter the North Korean threat.

It is still unclear if the South Korean government will act upon this rhetoric. Aside from political pressure that South Korea might face from the U.S. and the risk of possibly further straining its ties with China, there are other more practical reasons to dissuade South Korea from going down this route.

For example, the cost of a single Virginia-class nuclear submarine is US$2.4 billion. This hefty price tag does not include the costs of additional facilities or maintenance and setup costs that would be necessary to properly operate such a submarine. For comparison, a single Sejong the Great-class destroyer costs approximately US$923 million while a single Dokdo-class amphibious assault ship costs about US$290 million.

All of this is moot. Seeing how the two THAAD batteries that Seoul plans to deploy cost about US$1.3 billion a piece and Seoul is already pushing to raise its defense budget for next year and the next few years to come, it does not seem likely that South Korea could afford to acquire a nuclear submarine, much less a modest fleet.

At least for the time being, South Korean conservatives’ growing calls for the country to arm itself with indigenous nuclear weapons and nuclear submarines are less careful assessments of the situation, but rather a transparent attempt to play to domestic constituents.

Even if money were not a factor, there is another hurdle that South Korea has to overcome: it needs Washington’s blessing to acquire nuclear submarines.

It is not clear if Washington would be willing to go along with this. In order for South Korea to operate a nuclear submarine, it would need to enrich plutonium and/or uranium to power such a military vessel.

Devil in the details

For one thing, such a deal would throw a wrench into the long-cherished ideal of ensuring a nuclear-free Korean Peninsula and would also more than likely throw Northeast Asia into yet another arms race the region can ill afford.

Even if money were not a factor, there is another hurdle that South Korea has to overcome: it needs Washington’s blessings to acquire nuclear submarines

Another reason (though hardly ever said publicly) for Washington to be unwilling to allow South Korea to acquire weapons systems that could be construed as being overly aggressive is that, fundamentally, the U.S.-ROK alliance still has a long way to go to cement trust.

The alliance is nearly seventy years old and during that time, both countries have sacrificed hundreds of thousands of lives and expended billions to preserve South Korea’s freedom and sovereignty and the U.S.’s interests in the Asia-Pacific. If the past was the sole indicator of the alliance’s health, there would be little to worry about. Unfortunately, the past is a poor barometer to gauge an alliance’s future. Much more important than the past is present-day and future threat assessments.

China on the Rise

Fairly or unfairly, it is widely perceived that American dominance is in decline relative to China’s rise. While China is aggressively building and militarizing island chains in the South China Sea and is bullying a number of its smaller Asian neighbors, the U.S. is seen as eschewing military commitments – whether that is in Ukraine or Syria or Afghanistan. As China continues to rise while the U.S. continues to decline, the U.S. will need to expend a greater share of its depleting resources to defend its Asian allies against Chinese aggression.

If the perception of a weakening U.S. continues to take hold, South Korean leaders could take to heart Henry Kissinger’s maxim about there being no permanent friends or enemies but only permanent interests and possibly shift its focus to better appeasing China. At the end of the day, South Korea’s long-term goal vis-a-vis the Korean Peninsula remains peaceful reunification and that is unlikely to occur without Beijing’s acquiescence.

Filipino President Duterte was the first Asian leader to publicly spurn Washington in favor of improving ties with Beijing. Regardless of the wisdom, or the lack thereof, of such a decision, there is no guarantee that Duterte will be the last Asian leader to do so.

Washington’s distrust of Seoul is also due in part to South Korea’s progressives. Once upon a time, the late South Korean President Roh Moo-hyun once said that the biggest threats to peace in Northeast Asia were the United States and Japan.

Rabid anti-American protests used to be a common sight on the streets of Seoul when progressives were in charge. Furthermore, recent accusations about Moon Jae-in’s role in contacting Pyongyang while he was chief-of-staff to President Roh and how that led to Seoul’s decision to abstain from voting in the 2007 U.N. resolution on North Korea’s human rights record do not help matters.

As long as this unspoken mutual distrust of each other remains, Washington might not be willing to help Seoul to modernize and strengthen its military too quickly or too much.

Kiss and Make Up

It is imperative that both Seoul and Washington take active steps to rebuild and cement trust in each other to properly deal with North Korean aggression.

In order to properly assure South Korea that it does not need to seriously consider arming itself with nuclear weapons or nuclear submarines of its own, Washington needs to continue to do what it has been doing. Washington has to frequently and visibly demonstrate its commitment to the alliance by expressing high-level statements of support, continuing joint military exercises, and occasionally reminding Pyongyang of Washington’s firepower by flying over its B-52 and B-2 bombers over the Korean Peninsula and deploying other strategic assets like aircraft carrier groups to the region.

Further, the U.S. also has to share more information with South Korea than it has so far regarding plans for re-deploying U.S. strategic assets to South Korea in a crisis or plans for using nuclear weapons. The U.S. should also allow for greater South Korean participation in the development of joint operational plans.

However, the alliance is a two-way street. South Korea must also do its part to assure the U.S. that it, too, is committed to maintaining and strengthening the alliance. The best way to do this is for Seoul to acknowledge that in order to counter North Korean aggression more effectively, there has to be a stronger defense partnership between Washington, Seoul, and Tokyo.

Due to historical resentment, economic rivalry, and territorial disputes, it has always been assumed that it is impossible for Seoul and Tokyo to form a strong partnership that is based on mutual trust. But a recent agreement over the long-disputed comfort women issue and North Korea’s continued military provocations have further accelerated the need for a thaw in relations between Seoul and Tokyo.

Furthermore, the frosty attitude that Beijing has shown Seoul over THAAD and its do-nothing approach regarding Chinese poachers in South Korean waters has likely made some South Korean elites rethink their antagonistic position towards their old adversaries in Tokyo.

Due to pure chance, there is now a unique opportunity to reshape the security landscape in Northeast Asia. Aside from alleviating its worries about American commitment to the alliance and the region in general, a genuine trilateral alliance between the three nations would also provide Seoul with the added benefit of knowing that any “remilitarization” efforts in Japan will not come at Seoul’s expense.

Of course, a genuine partnership between Seoul and Tokyo will continue to face major hurdles for years to come. A century’s worth of distrust and resentment cannot be healed overnight. However, both can begin to cooperate on matters that both agree are to their mutual benefit. For example, both countries can agree to work together on intelligence sharing, disaster relief, and missile defense. It may take an entire generation for Seoul and Tokyo to become genuine allies, but a journey of a thousand miles begins with a single step.

A much stronger and united trilateral alliance between Washington, Seoul, and Tokyo is the only real cure for the disease that is Kim Jong Un’s regime. The more quickly everyone realizes this and the more quickly people abandon wonderful but useless and counterproductive fancies the better. [IDN-InDepthNews – 02 November 2016]