Learning from the Reykjavik Summit 30 Years On 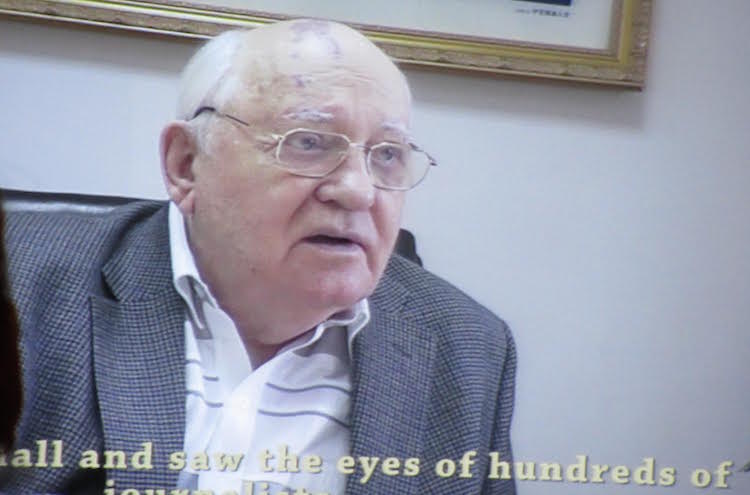 REYKJAVIK (IDN) - At a time when there is a sharp deterioration in relations between the United States and Russia, triggered by disputes over Ukraine, the Crimea and Syria, the capital of Iceland hosted experts, diplomats and researchers on October 10-11 to commemorate the 30th anniversary of the historic Reykjavik Summit between Ronald Reagan and Mikhail Gorbachev.

“Tensions are now rising between Russia and the U.S. … There is also a rise in violent political Islam, which has very clear authoritarian features, and is in many ways an oriental form of fascism. Once again there’s a rise of right-wing ideologies in Western Europe with racist overtones," Rød-Larsen said.

"There is a very clear need for leaders to get together and the Reykjavik model could once again be relevant. That’s why IPI contacted the Icelandic Ministry of Foreign Affairs to mark a commemoration of the 1986 event and to make a forward-looking event with Russian members and the U.S. as well as with European members. We both had figures who were key figures in the negotiations 30 years ago who could address issues of importance today and also others who are key players in foreign policy,” he explained.

Are there lessons to be learned from the Summit? Yes, says Rød-Larsen. “Firstly, the importance of leadership – that both leaders agreed to come and meet halfway in Reykjavik.”

“Secondly, a number of people who were there 30 years ago . . . attending listened to each other and respected each other, even though the situation in the last hour was tense. That – decency – is often lacking today. There’s a complete lack of trust today between Russia and the West.

"A basic level of trust is important, which is missing today and is dangerous. Both Russia and the West have the impression that the other is trying to encircle their interests, e.g. Russia and Ukraine. The West will talk about Crimea, the Russians about Kosovo. There’s a lack of dialogue.

“Thirdly, there is a need for experts and leaders together. In Hofdi (the building where the summit was held) there was one room with experts, the other with Reagan and Gorbachev. Often this doesn’t happen.”

“And finally: Don’t give up,” he concluded.

Walter Kemp, IPI Vice-President also points to the importance of dialogue. “Since arms control talks have stalled for the last few years, we need to get back to talking and negotiations. Keep working, stay engaged. Not threaten each other. What sort of mechanism can you have to reduce that kind of risk?”

Kemp said: “In the Cold War there was structural confrontation. But today it is unpredictable and unstructured. How do we make talks more structured and predictable? Some people said 30 years ago that it was important for the U.S. and Russia to talk, but now the world is more complex and we should include other countries too,” he added.

Nevertheless, Kemp also sees a positive side to the situation. “There ARE examples of how great powers can cooperate, as for instance in the 5+1 format of the Iran nuclear talks,” he said, referring to the five permanent members of the UN Security Council plus Germany.

Alain Le Roy is the former Secretary-General of European External Action Service and spoke about the road ahead. “30 years on, we’re close to a new arms race… Sometimes you need a clear boost to revamp the discussion on disarmament, especially on nuclear disarmament. The disarmament process is slow,” he told IDN.

Le Roy says there is considerable mistrust between Russia and the West. “There’s a need to reset this, to try and find another way to launch talks at a higher level. But discussion is increasing,” he continued.

Valur Ingimundarson, Professor of Contemporary History at the University of Iceland, is not convinced that the Summit could provide useful lessons today. “The breakthrough in superpower relations was contingent on a leadership change in the Soviet Union, with Mikhail Gorbachev trying to save an ailing economy by achieving arms control agreements with the U.S… And while arms control agreements established trust between the two sides, the Soviet non-intervention in Eastern Europe following the political revolutions in 1989 was the key toward ending the Cold War,” he told the meeting.

In his opinion, “The most pregnant political metaphor of our times – the war in Syria – cannot be dealt with by Russia or the United States alone; other domestic and regional stakeholders have to be involved and the UN as a world body needs to play a central role in mediating the conflict.”

The evening before the main event, short presentations were made, including a video from Mikhail Gorbachev. Referring to the need for a change in format over disarmament talks, he said: “We really needed to break through all those logjams!“ (See video.)

Like Rød-Larsen and Le Roy, Gorbachev sees the collapse of trust as a major problem in international relations. “The problems and conflicts of the past two decades could have been settled by peaceful and diplomatic means. Instead, attempts are being made to resolve them by using force. This is what has happened in the former Yugoslavia, in Iraq, in Libya, in Syria.“

Besides undermining trust, this has also led to militarization of both politics and minds, which makes the demilitarizing process more difficult, he says. “To change this situation, we need dialogue. Refusal to engage in dialogue was the biggest mistake of the past few years.”

Hofdi, the house that hosted the summit 30 years ago has just been turned into the Reykjavik Peace Centre, whose primary aim is to promote peace through research and education.

At the opening ceremony, the keynote speech was given by Steve Killelea from the Institute of Economics and Peace. Killelea was the brainchild behind the Global Peace Index, which has now produced its tenth report.

“It’s not all bad news,” he told the audience. “In the last year, 81 countries became more peaceful while 79 countries became less peaceful.” The five top risers over the last year are Panama, Thailand, Sri Lanka, South Africa and Mauritania, while the top five fallers are Yemen, Ukraine, Turkey, Libya and Bahrain.

Ocean Dream, the Japanese Peace Boat, timed its arrival in Reykjavik to coincide with the 30th anniversary of the Summit. The crew included five Hibakusha (survivors of atomic bombs 71 years ago), who described their experiences of the nuclear bomb at a public meeting in Reykjavik the day after the Summit conference.

“We want to raise awareness of the devastating effects of nuclear weapons,” the Boat’s coordinator of nuclear-related programmes, Akira Kawasaki, told IDN. The group had visited Hofdi earlier in the day. [IDN-InDepthNews – 18 October 2016]

Related article: The Legacy of the Reykjavik Summit – The Road Ahead