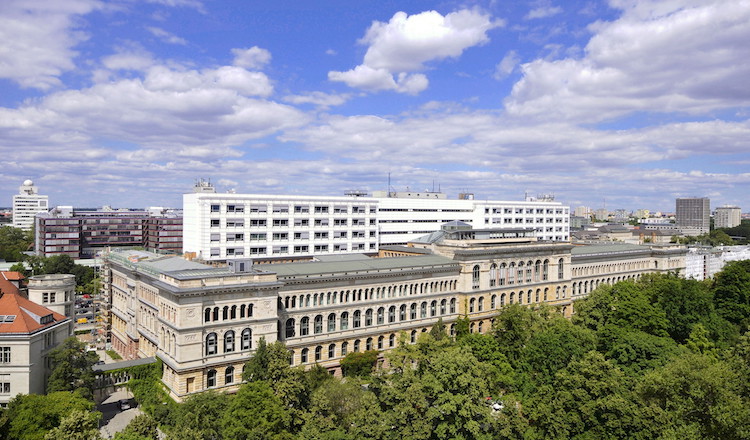 BERLIN (IDN) - "Since wars begin in the minds of men, it is in the minds of men that the defences of peace must be constructed," declares the Preamble to the Constitution of UNESCO. This is also the crux of the message emerging from the World Congress titled 'Disarm! For a Climate of Peace – Creating an Action Agenda' from September 30 to October 3, 2016 in Berlin.

An array of current and former UN officials, researchers, representatives of governments, civil society and interfaith organisations as well as peace, disarmament and development activists from around the world participated in the gathering organized by the International Peace Bureau (IPB) jointly with several German, other European and international organizations.

IPB Co-President Ingeborg Breines set the tone, when she declared: "Excessive military expenditures not only represent a theft from those who are hungry and suffer, but are also an ineffective means of obtaining human security and a culture of peace."

Substantial reductions in horrendous military costs amounting to more than one trillion US dollars would eliminate the crushing poverty. Nearly one-third of humanity lives in insufferable conditions, a majority being women, children and young people.

"We need to move the money from the military sector and instead tackle the real security issues such as the threat to the very survival of the planet and humanity, be it by climate change, nuclear weapons or excessive inequality," she said.

All countries must reduce their military spending by 10% per year over the 15 years of the UN Sustainable Development Goals. "Although it will not change any power imbalance, it would go a very long way in meeting the needs and aspirations of people," she added.

Since one year's military spending equals about 615 years of the UN annual budget, such a reduction in military costs would also strengthen the United Nations’ efforts and possibilities to “save succeeding generations from the scourge of war”, Breines declared.

Federico Mayor Zaragoza, UNESCO Director-General from 1987 to 1999, pleaded for disarmament for development and for moving away from a Culture of War to a Culture of Peace and Non-violence.

He made an impassioned plea for strengthening the United Nations. It is the UN with 193 members that should matter and not factional groups such as the G7, G8, G10, G15, G20 and G24.

"Unlike the outright bans on biological weapons in 1972 and on chemical weapons in 1996 a ban on nuclear weapons was, and continues to be, fiercely resisted by the nuclear weapon states," said Jayantha Dhanapala, a former UN Under-Secretary-General for Disarmament Affairs (1998-2003) and the current President of the Nobel Peace Prize-winning Pugwash Conferences on Science & World Affairs.

He stressed the urgent need for moving away from 'placebo nuclear disarmament' to a nuclear-weapon free world, particularly as an estimated 15,850 nuclear warheads, each of them far more destructive than the U.S. bombs that destroyed Hiroshima and Nagasaki 71 years ago, are held by nine countries – four thousand on hair-trigger alert ready to be launched.

All nine countries are modernizing their weapons at enormous cost while the DPRK (North Korea), defying the global norm against nuclear weapons testing, has conducted its fifth and most powerful test on September 9, he added.

Kazakhstan's Ambassador at Large Yerbolat Sembayev, who represented Foreign Minister Erlan Idrissov, stressed the need for nuclear-weapon states to follow the example of the Central Asian country and relinquish all weapons of mass destruction.

Kazakhstan's foreign policy, emphasizing peace, dialogue and international cooperation has been guided by the recognition of the "immorality" of nuclear weapons, "the vision of security", and "ensuring a healthy environment", he explained.

"It is with this in view that the Central Asian republic has been in the forefront of the global campaign to end nuclear testing and to warn against the dangers of nuclear weapons," said the Ambassador at Large.

Several speakers regretted that the sad state of affairs ("The world is over-armed and peace is under-funded”) spelt out by Secretary-General Ban in his inaugural remarks at the sixty-second annual DPI/NGO Conference 'For Peace and Development:  Disarm Now!' in Mexico City on September 9, 2009 had remained unaltered.

In its Action Agenda the IPB World Congress says: "High on the list of institutions that need to be transformed is the economy that underpins the war system. Our principal focus is the high levels of tax revenues used to fund the military.

"The world’s governments are spending more than $1.7 trillion a year on their militaries, more than at the peak of the Cold War. Some $100 billion of these vast treasuries are devoured by nuclear weapons, whose production, modernization and use should be ruled out on military, political, legal, ecological and moral grounds.

The Action Agenda notes that NATO member states are responsible for over 70% of the $1.7 trillion global total. "To reverse the dangerous trend they are encouraging, we urge them to rescind the ‘2% of GDP target’ and firmly resist pressures to increase their military budgets further." NATO, in IPB’s view, is part of the problem, rather than any kind of solution, and should have been closed down with the dissolution of the Warsaw Pact.

The IPB Action Agenda pinpoints the disregard for the rule of law: This is a serious symptom of a world in disorder, it says. "When armed forces repeatedly bomb hospitals and schools and attack civilians; when one country invades another and the question of its legitimacy is not even remarked upon; when long-standing commitments to disarmament are ignored; when the good offices of the UN and other inter-governmental bodies are side-lined in favour of big-power games – then citizen action is urgently called for."

The Agenda calls for decent work to satisfy humanity’s needs: moving the money towards a sustainable green economy without the straitjacket of the dominant growth model. Such an economy is incompatible with massive military spending, it argues.

"Disarming the economy requires democracy, transparency and participation.  This implies making operative a gender perspective, both on the military system, and on the models of peace making and development being promoted to replace it."

The Global Campaign on Military Spending is more than simply about cuts in the military budget, declares the Agenda. It is also: conversion to a civilian-oriented economy; an end to military research; technological development to actively promote peace; creating opportunities to implement humanistic solutions and sustainability in general; development cooperation and prevention and resolution of violent conflicts; and demilitarisation of minds. [IDN-InDepthNews – 03 October 2016]