By Sameer Lalwani and Michael Krepon* 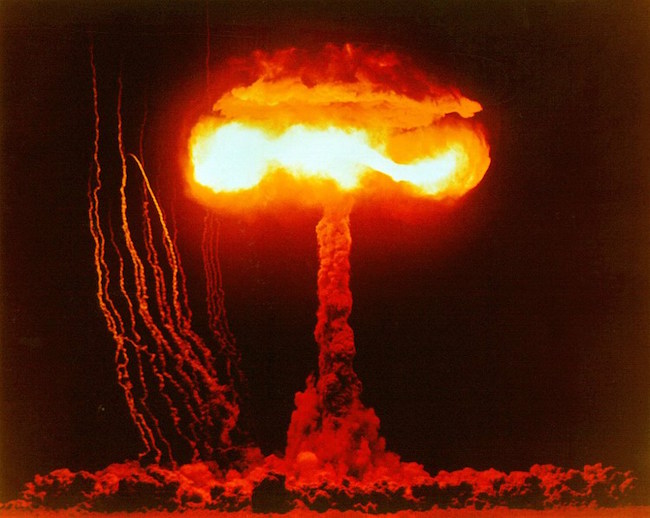 (The Wire) It’s hard to learn about the Bomb in the media. Other issues have a higher call on public attention and press coverage, like counter-terrorism in Pakistan and China’s rise in India. Journal articles in publications devoted to security topics reflect other priorities: Over the past ten years nuclear security research has only featured in 14% of the articles in Strategic Studies published by the Islamabad Strategic Studies Institute and in only seven percent of the articles in Strategic Analysis, published by India’s Institute for Defence Studies & Analyses.

Television coverage of nuclear-related topics is paper thin – and about as deep. The Bomb is supposed to be big news, but it turns out that nuclear weapons-related issues take a back seat to other important issues, like the war in Afghanistan, missile defence, and Kashmir.

It’s also hard to learn about the Bomb in the classroom. There are too few classes on security studies, let alone nuclear security issues. In an informal survey, we found that even those young analysts and scholars steeped in strategic affairs still saw the need for a more balanced and comprehensive curriculum. What little material is available is usually framed in national narratives.

Talking points that are repeated endlessly by government officials and are unconvincing to outsiders do not make for classroom learning. National narratives may help a state in its drive to acquire nuclear weapons, but nuclear mythmaking can overtake reality. When national narratives become stale or stray from reality, they become unpersuasive except at home. Talking points are only as persuasive as the facts behind them.

Nuclear issues are growing in importance. There is a significant, triangular nuclear arms competition underway among China, India and Pakistan. Since India and Pakistan tested nuclear devices in 1998, together they have flight-tested almost one new ballistic or cruise missile per year. China and India have begun sea trials on new ballistic missile-carrying submarines. Pakistan is also moving nuclear warheads to sea.

Pakistan worries about India’s conventional war-fighting doctrine, so has invested in very short-range, nuclear-capable missiles. China and India have tested missile defence interceptors. Nuclear weapon stockpiles are growing in China, India and especially in Pakistan. China has begun to place more than one warhead atop some of its missiles. India might follow China, and Pakistan might follow India. Nowhere else in the world is there so much dynamism with respect to nuclear weapons.

Nuclear doctrines might also be in flux. China, India and Pakistan all say they embrace limited deterrence, but all are expanding their nuclear war fighting options. India asserts that it will retaliate massively to just one nuclear detonation.

Pakistan doesn’t believe India. Pakistan asserts that it will use nuclear weapons first if it must; India doesn’t believe Pakistan. Meanwhile, borders remain contested and the territorial dispute over Kashmir is again on the boil. Diplomacy is moribund as the nuclear competition heats up. There is no basis for stability under these circumstances.

Nor is there evidence of nuclear learning. Unusable weapons do not add to national strength and security. The general public and strategic elites in India and Pakistan talk about fighting under the nuclear threshold and using nuclear weapons in war.

A recent survey experiment found that under scenarios of a terrorist attack, a majority of Indian respondents favoured nuclear use even when other options were equally effective.

A recent Gallup survey found that should war break out, the vast majority of Pakistanis remained exceptionally confident of military victory over India, as if nuclear weapons can somehow accomplish what conventional and sub-conventional conflicts have failed to achieve.

In an effort to promote nuclear learning, the Stimson Center, where we work, has launched a free and open online course on “Nuclear South Asia.” The course is an invitation to learn from experts beyond ones’ borders, deliberate over tough questions, and think hard about current and future challenges. The course combines and distills the wisdom of over 60 experts and former officials from India, Pakistan, and the United States.

Nuclear education can yield multiple benefits for everyone. Wherever they turn to for knowledge and information, students, analysts and the interested general public need to view hard problems from a variety of perspectives and engage in balanced analysis.  We are confident that learning about the Bomb will help prompt new thinking on ways to reduce nuclear dangers and advance regional stability.

* Sameer Lalwani is Deputy Director of the South Asia Program at the Stimson Center and Michael Krepon is Co-Founder of the Stimson Center. They are the course directors of the recently launched Stimson Open Online Course “Nuclear South Asia,” which is hosted at Udemy.com/nuclear-south-asia. [INPS – 22 July 2016]

Read the original article on
http://thewire.in/52927/learning-about-the-bomb-is-the-best-way-to-ensure-it-is-never-used/