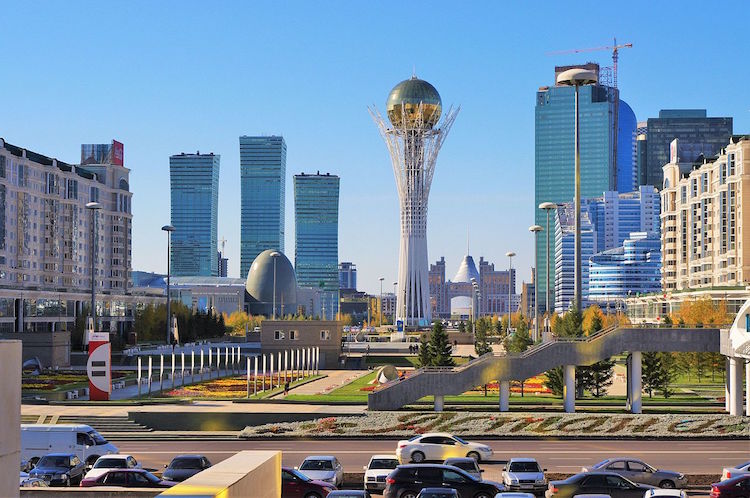 GENEVA (IDN) - Kazakhstan will host an international conference on August 28-29 to build and strengthen political will for the prohibition and elimination of nuclear weapons, some 15,000 of which are threatening the very survival of humankind.

The conference in Astana is being organised by the Senate of the Parliament of the Republic of Kazakhstan in partnership with the Ministry of Foreign Affairs of Kazakhstan and Parliamentarians for Nuclear Non-Proliferation and Disarmament (PNND). [P16]  JAPANESE TEXT VERSION PDF

It will gather parliamentarians and mayors from around the world, along with a selection of religious leaders, government officials, disarmament experts, policy analysts, civil society campaigners and representatives of international and regional organisations – the United Nations, Organization for Security and Co-operation in Europe (OSCE) and the International Committee of the Red Cross (ICRC).

They will meet on the occasion of the 25th anniversary of the closing the Semipalatinsk nuclear test site. Beginning with the first Soviet nuclear weapon test at the Semipalatinsk site in eastern Kazakhstan on August 29, 1949, this former Soviet republic suffered more than 450 Soviet nuclear weapon tests at the site before it was closed at the urging of the Kazakh people and President Nazarbayev on August 29, 1991.

August 29, proclaimed by the UN at the initiative of Kazakhstan as the International Day Against Nuclear Tests, is commemorated annually worldwide. Kazakhstan also instigated the Universal Declaration on the Achievement of a Nuclear Weapon Free World adopted by the UN General Assembly in December 2015.

The conference will take place as a new UN process – the Open Ended Working Group on Nuclear Disarmament (OEWG) – prepares to report to the UN General Assembly on action to be taken on multilateral negotiations to achieve a nuclear-weapon-free world.

The Astana conference will take place within days of the UN Open Ended Working Group on Taking Forward Multilateral Nuclear Disarmament Negotiations (OEWG) meeting again in Geneva on August 5 and August 16-19 to follow up on the substantive work it undertook in February and May 2016.

The focus in February and May was on the legal measures required to achieve a nuclear-weapon-free world, and to prepare recommendations on reducing nuclear risks, enhancing transparency, and building further awareness about the humanitarian impact of nuclear weapons.

According to UNFOLD ZERO, Thailand’s Ambassador Thani Thongphakdi, who chaired the previous meetings, will release the draft report of the OEWG on August 5. Between August 16 and 19 it will be edited and “hopefully adopted” by the participating governments.

Key proposals tabled in the previous OEWG sessions include:

Beginning multilateral negotiations in 2017 on a legal agreement for the prohibition and elimination of nuclear weapons;

“There are a number of options for the type of legal agreement to be negotiated, each with its advantages and disadvantages,” says UNFOLD ZERO – a platform for United Nations (UN) focused initiatives and actions for the achievement of a nuclear weapons free world.

The main four options are a comprehensive nuclear weapons convention, a simple ban treaty, a framework agreement or a hybrid approach which would include a number of separate agreements on specific aspects of nuclear disarmament.

The May 2-13 sessions of the OEWG concluded with indications that a group of non-nuclear countries is ready to start negotiations in 2017 on a treaty to outlaw nuclear weapons.

The proposal was put forward by a group of countries that have already prohibited nuclear weapons in their regions through nuclear-weapon-free zones (NWFZs). 115 countries are part of NWFZs covering Latin America, the South Pacific, Antarctica, South East Asia, Africa and Central Asia.

Nine of these countries (Argentina, Brazil, Costa Rica, Ecuador, Guatemala, Indonesia, Malaysia, Mexico and Zambia) submitted a proposal to the OEWG to ‘Convene a Conference in 2017, open to all States, international organizations and civil society, to negotiate a legally-binding instrument to prohibit nuclear weapons’.

The proposal also stresses the need ‘to report to the United Nations high-level international conference on nuclear disarmament to be convened no later than 2018…on the progress made on the negotiation of such an instrument’ – as spelt out in the OEWG working paper 34 – Perspectives from nuclear weapon free zones.

The proposal was backed by a number of other non-nuclear States and civil society organizations during the OEWG sessions. However, none of the nuclear umbrella countries (NATO, Japan, South Korea and Australia) agreed with the proposal. The nuclear-armed States, which did not participate in the OEWG, are also opposed to the proposal.

Many of the non-nuclear States participating in the OEWG argued that agreement from the nuclear-reliant states was not necessary to negotiate such a treaty.

According to UNFOLD ZERO, other options for nuclear disarmament negotiations were proposed that would be more likely to attract support from nuclear reliant states and thus impact directly on their policies.

These included a ‘building blocks approach’ and a framework agreement similar to the UN Framework Convention on Climate Change, but for nuclear disarmament.

Supporters of the framework agreement suggested that it ‘could include stronger prohibition measures early in the process, while still engaging those states not able to adopt such measures at the outset.’ (see Options for a Framework Agreement, Middle Powers Initiative working paper to the OEWG).

However, many non-nuclear States criticized the ‘building blocks’ approach and framework agreement proposals as not promoting sufficiently strong measures in the near-term. They argued that a treaty prohibiting nuclear weapons would be better even if it did not include the nuclear-reliant countries.

One of the main reasons that the nuclear-armed countries did not participate in the OEWG, and why the ‘nuclear umbrella’ countries do not support a nuclear prohibition treaty, is because these countries still rely on nuclear weapons for their security.