Leadership in Disarmament Will Benefit Canada at UN 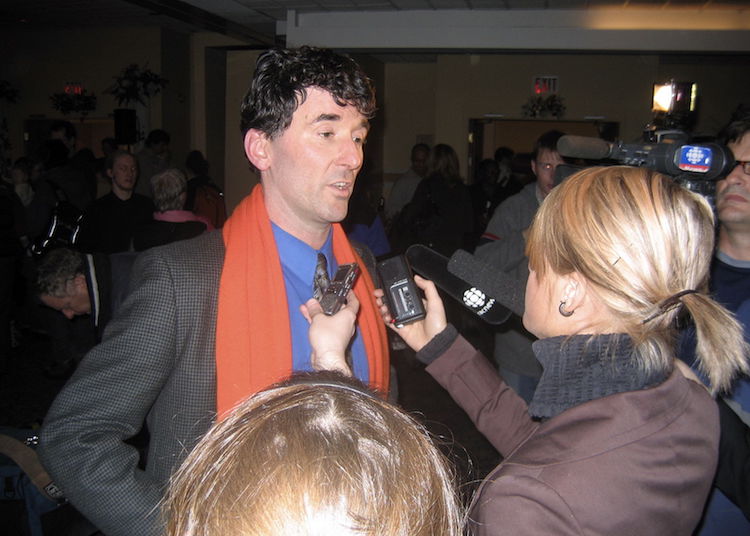 This article is being reproduced courtesy of The Toronto Star. The writer is a fellow at the Canadian Global Affairs Institute. He was the New Democratic Party (NDP) Member of Parliament (MP) for the riding of Ottawa Centre. He served as the Official Opposition Critic for Foreign Affairs, until he left the post in October 2011 to run for the leadership of the NDP.

OTTAWA - If Canada is to win a seat on the UN Security Council, we need a campaign that is bold, global and pertinent. Leading a global effort on nuclear non-proliferation and disarmament should be a cornerstone of that campaign, and the upcoming G7 meetings in Japan represent a perfect opportunity to set the table for serious progress on the issue.

Before the formal meetings begin, U.S. President Barack Obama will be making a historic sojourn to Hiroshima. In and of itself, this is a bold move that no other U.S. president has made while in office. This event is also an opening to advance concrete propositions on nuclear disarmament.

The need to act on nuclear disarmament is clear. Nuclear weapons threaten our collective existence, especially in the hands of non-state actors, such as Daesh (also known as ISIS or ISIL), and belligerent countries, such as North Korea. The financial cost to build, maintain and refurbish nuclear weapons is unsustainable. The proliferation of nuclear weapons also raises the risk of false alarms that could lead to inadvertent use.

In the late 1980s and 1990s, incredible global progress was made in the reduction of nuclear weapons, leading to a period of peace and prosperity. Then momentum was lost in the early 2000s following 9/11.

In 2007 there was a resurgence of optimism with a surprisingly idealistic op-ed by George P. Shultz, William J. Perry, Henry A. Kissinger, and Sam Nunn. Titled “A World Free of Nuclear Weapons,” this bipartisan offering pleaded with the world to get serious about nuclear disarmament. This was followed in April 2009 by Obama’s historic speech in Prague that echoed president Ronald Reagan’s vision and then UN Secretary-General Ban Ki-moon’s five-point plan on the subject in August that same year.

Sadly, since that time we have seen little progress. In fact, nuclear weapon states are collectively investing trillions of dollars on refurbishment of their existing stockpiles; North Korea continues to act in a belligerent manner; and while there is some guarded optimism with the Iranian deal, efforts to negotiate a nuclear weapons-free Middle East are dormant.

The world needs leadership and action on nuclear disarmament, and Canada more than any other country is well positioned to move things forward.

It is important to remember the political and historic capital we have to make a significant impact on nuclear disarmament. As a county that has never developed nuclear weapons, we have credibility. As a G7 nation and a member of NATO, the Commonwealth, and the Francophonie, we have global connectivity. And we have some of the best experts in the diplomacy, science and verification of nuclear weapons.

No other country has these claims.

All of these approaches are welcome and important, but they lack the national heft and leadership Canada can provide. We should use the G7 meetings to lay out our commitments.

What, specifically, can Canada propose?

We should use the upcoming G7 to announce that Canada will make nuclear disarmament a cornerstone of our campaign for a seat on the UN Security Council. And we should commit to a specific set of actions.

First, we should pledge concrete support for the Iranian nuclear deal, by offering to provide assistance in verification and compliance.

Second, we should commit additional support to the important work of the International Atomic Energy Agency.

Third and most important, Canada should offer to host a high-level conference to discuss a nuclear weapons convention as soon as possible. This conference would allow all countries to share ideas in an open setting and begin work towards a framework agreement leading to a convention.

It is now 71 years since Hiroshima and Nagasaki and the threat of nuclear war is still with us. Like climate change, it is an existential threat of our own making.

In the face of this challenge, are we ready to put forward serious ideas that will allow Canada to take its place at the UN Security Council and contribute to a more stable world? I hope and think the answer must be yes. [IDN-INPS – 18 May 2016]