Churches Seek to Amplify Echo of Hiroshima and Nagasaki 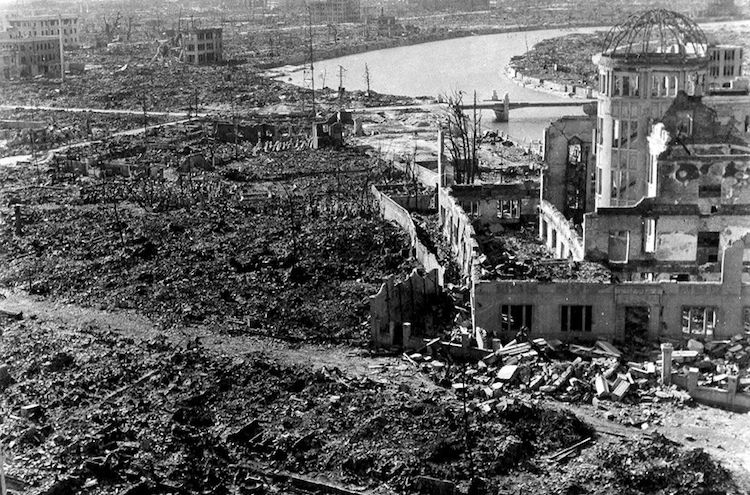 GENEVA (IPS) - The accounts of survivors of the atomic bombs dropped on Hiroshima and Nagasaki will serve as inspiration for leaders of Christian churches grouped in the World Council of Churches (WCC), which advocates the elimination of nuclear weapons. [P19] GERMAN | JAPANESE TEXT VERSION PDF | SPANISH

A delegation of members of churches from Germany, Japan, the Netherlands, Norway, Pakistan, South Korea and the United States are making a pilgrimage to the two Japanese cities annihilated by atomic bombs dropped by the United States on Aug. 6 and 9, 1945.

“The generation of survivors of the atomic bombings are in their eighties, those that survived. And this generation is passing,” said Peter Prove, director of the Commission of the Churches on International Affairs of the Geneva-based WCC, the largest and most international ecumenical body.

“But these are the real witnesses, those who could give testimony about the human impact of atomic weapons. And I think that we need to capture that moment and to amplify it,” he told IPS.

Bishop Mary-Ann Swenson of the United Methodist Church of the United States said “We will be in Hiroshima and Nagasaki to remember the horror of the atomic bomb.”

“As we gather in places devastated by the deadliest of weapons 70 years ago, we are aware that 40 governments still rely on nuclear weapons,” said Swenson, who is heading the pilgrimage.

“Nine states possess nuclear arsenals and 31 other states are willing to have the United States use nuclear weapons on their behalf,” she added.

Prove explained that the members of the delegation were carefully selected.

“The members of this delegation for this programmed visit are very strategically chosen. They come from countries that are nuclear powers, either historic ones from the War World Two period (1939-1945), like the USA, or more recent ones, like Pakistan, from outside the NPT (Treaty on the Non-Proliferation of Nuclear Weapons) framework,” he said.

The rest of the delegations come from the group of 31 countries mentioned by Swenson: “…so-called ‘nuclear umbrella states’. States that are not nuclear armed themselves but who rely upon protection, if I can use that term, from other nuclear powers, in this case the U.S. especially,” Prove added.

The aim of the pilgrimage is for senior leaders of churches from the seven countries to experience the 70th anniversary of the bombings and to meet the Hibakushas, as the survivors are known.

On their return, “they will convey that message of human impact back to their own governments, back to their own communities, in the interest of trying to make the case for a legal ban on nuclear weapons,” Prove said.

The delegates will have to “point out that there is a legal gap, that all other major categories of weapons of mass destruction have a legal ban….which isn’t the case for nuclear weapons.”

“Churches are good networks for doing that, in their own communities and vis-à-vis their own governments in many countries,” said Prove.

The WCC delegation will meet with Hibakushas and with religious and social figures from Japan during the activities and ceremonies to mark the 70th anniversary, whose central events will be held Aug. 6 in Hiroshima and Aug. 9 in Nagasaki.

With respect to the second phase of the church mission to Japan – advocating a ban on nuclear weapons in the rest of the world – Prove said the WCC’s strength is primarily its network of member churches around the world, much more than the Secretariat in Geneva.

“We do represent one quarter of global Christianity, 500 million people in 120 countries. So the real activity will be the extent to which those church leaders and their churches follow up with their own governments,” he said.

“The World Council of Churches is itself a product of the post War World II period. It’s precisely because of the shock of the atrocities of the destruction of War World II that the WCC really ultimately came into existence,” Prove said.

“The WCC has had a long-term commitment to working with civil society partners for nuclear disarmament, for the elimination of nuclear weapons,” he said.

“The lack of success in that project is really a function of the dysfunctionality of the international architecture for those processes,” he maintained.

As an example, he pointed to the collapse of the NPT review conference – the main nuclear disarmament negotiations – held Apr. 27-May 22 at United Nations headquarters in New York.

The WCC supports the global majority of states – 113 – that have signed the humanitarian pledge calling for a legal ban on nuclear weapons.

“So we have achieved a majority of states in support of this ban and we want to encourage a negotiation process for a legal ban on nuclear weapons. And we are hoping that this majority of states will exert their majority in that process,” he added. (IPS | 3 August 2015)

Photo: The Atomic Bomb Dome serves as a memorial to the people who died in the Aug. 6, 1945 bombing of Hiroshima, Japan. The building was the only structure left standing near the bomb’s hypocentre. Credit: Courtesy of Barbara Dunlap-Berg, UMNS