Q&A: Comprehensive Ban on Nuclear Testing, a ‘Stepping Stone’ to a Nuke-Free World 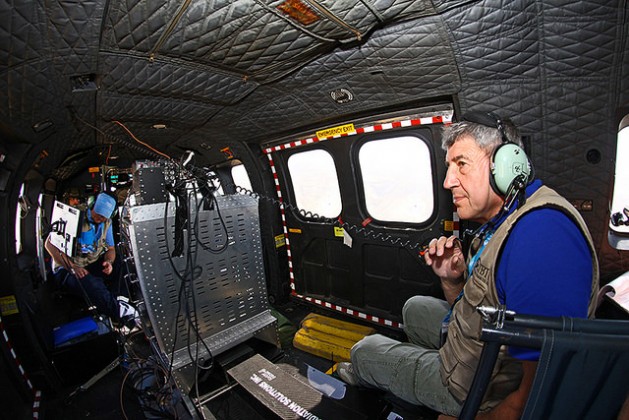 UNITED NATIONS (IPS) - With the four-week-long review conference of the Nuclear Non-Proliferation Treaty (NPT) underway at the United Nations, hopes and frustrations are running equally high, as a binding political agreement on the biggest threat to humanity hangs in the balance. [P07] GERMAN | JAPANESE TEXT VERSION PDF

Behind the headlines that focus primarily on power struggles between the five major nuclear powers – the United States, Britain, France, Russia and China – scores of organisations refusing to be bogged down in geopolitical squabbles are going about the Herculean task of creating a safer world.

With 183 signatories and 164 ratifications, the treaty represents a milestone in international efforts to ban nuclear testing.

In order to be legally binding, however, the treaty needs the support of the 44 so-called ‘Annex 2 States’, eight of which have so far refused to ratify the agreement: China, Egypt, Iran, Israel, India, Pakistan, North Korea and the United States.

This holdout has severely crippled efforts to move towards even the most basic goal of the nuclear abolition process.

Still, the CTBTO has made tremendous strides in the past 20 years to set the stage for full ratification.

Its massive global network of seismic, hydroacoustic, infrasound and radionuclide detecting stations makes it nearly impossible for governments to violate the terms of the treaty, and the rich data generated from its many facilities is contributing to a range of scientific endeavors worldwide.

In an interview with IPS, CTBTO Executive Secretary Dr. Lassina Zerbo spoke about the organisation’s hopes for the review conference, and shared some insights on the primary hurdles standing in the way of a nuclear-free world. 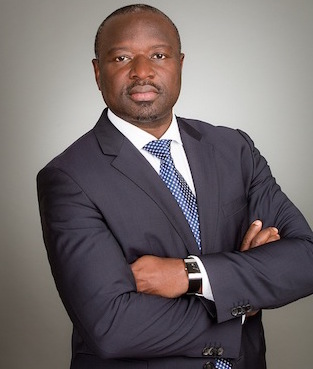 Q: What role will the CTBTO play in the conference?

A: Our hope is that the next four weeks result in a positive outcome with regards to disarmament and non-proliferation, and we think the CTBT plays an important role there. The treaty was one of the key elements that led to indefinite extension of the NPT itself, and is the one thing that seems to be bringing all the state parties together. It’s a low-hanging fruit and we need to catch it, make it serve as a stepping-stone for whatever we want to achieve in this review conference.

We also need to address the concerns of those who ask why nuclear weapons states are allowed to develop more modern weapons, while other states are prevented from developing even the basic technologies that could serve as nuclear weapons.

The CTBT represents something that all states can agree to; it serves as the basis for consensus on other, more difficult issues, and this is the message I am bringing to the conference.

Q: What have been some of the biggest achievement of the CTBTO? What are some of your most pressing concerns for the future?

A: The CTBTO bans all nuclear test explosions underwater, underground and in the air. We’ve built a network of nearly 300 stations for detecting nuclear tests, including tracking radioactive emissions.

That’s why some [states] are hesitant to consider ratification of the CTBT: because they are of the view that they still need testing to be able to maintain or modernise their stockpiles.

Any development of nuclear weapons happening today is based on testing that was done 20-25 years ago. No country, except for North Korea, has performed a single test in the 21st century.

Q: How do you deal with outliers like North Korea?

A: We haven’t had official contact with North Korea. I can only base my analysis on what world leaders are telling me. [Russian Foreign Minister Sergey] Lavrov has attempted to engage North Korea in discussions about the CTBT and asked if they would consider a moratorium on testing. Yesterday I met Yerzhan Ashikbayev, deputy foreign minister for Kazakhstan, which has bilateral relations with North Korea, and they have urgently called on North Korea to consider signature of the CTBT.

Those are the countries that can help us, those who have bilateral relations.

Having said this, if I’m invited to North Korea for a meeting that could serve as a basis for engaging in discussions, to help them understand more about the CTBT and the organizational framework and infrastructure that we’ve built: why not? I would be ready to do it.

We are also engaging states like Israel, who could take leadership in regions like the Middle East by signing onto the CTBT. I was just in Israel, where I asked the questions: Do you want to test? I don’t think so. Do you need it? I don’t think so. So why don’t you take leadership to open that framework that we need for confidence building in the region that could lead to more ratification and more consideration of a nuclear weapons-free zone or a WMD-free zone.

Israel now says that CTBT ratification is not an “if” but a “when” – I hope the “when” is not too far away.

Q: Despite scores of marches, thousands of petitions and millions of signatures calling for disarmament and abolition, the major nuclear weapons states are holding out. This can be extremely disheartening for those at the forefront of the movement. What would be your message to global civil society?

A: I would say, keep putting pressure on your political leaders. We need leadership to move on these issues. Right now 90 percent of the world is saying “no” to nuclear testing, yet we are held hostage by the handful of countries [that have not ratified the treaty].

Only civil society can play a role in telling governments, “You’ve got to move because the majority of the world is saying ‘no’ to what you still have, and what you are still holding onto.” The CTBT is a key element for that goal we want to achieve, hopefully in our lifetime: a world free of nuclear weapons. (IPS | 29 April 2015)