BERLIN | NAGASAKI (IDN) – More than 50,000 nuclear weapons have been eliminated since the historic Reykjavík Summit between the then U.S. President Ronald Reagan and his counterpart from the erstwhile Soviet Union  Mikhail Gorbachev, which culminated into a groundbreaking Intermediate-Range Nuclear Forces Treaty (INF) in December 1987. But 17,300 nukes remain, threatening many times over the very survival of human civilization and most life on earth, as the 2013 Nagasaki Appeal points out. [P] ARABIC TEXT VERSION PDF | GERMAN | ITALIAN |  JAPANESE TEXT VERSION PDF | NORWEGIAN | PERSIAN | SPANISH | SWEDISH | TURKISH | URDU

According to experts, the spread of nuclear know-how has increased the risk that more nations will develop the bomb. And this despite the fact that “the danger of nuclear annihilation, by accident, miscalculation or design continues to cast a dark shadow over humanity’s future”. 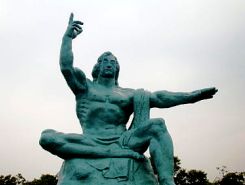 The landmark Nagasaki Appeal emerged from the 5th Nagasaki Global Citizens’ Assembly for the Elimination of Nuclear Weapons, November 2-4, 2013 in Nagasaki – the second and, to date, last city in the world to experience a nuclear attack along with Hiroshima 68 years ago. Citizens of Nagasaki have continued their tradition of convening such Global Citizens’ Assemblies, which they have held every few years since the year 2000.

Participants in the Assembly included representatives from nongovernmental organizations (NGOs) and scientists from Japan and abroad. They heard again the voices of hibakusha, survivors of the U.S. atomic bombings of Hiroshima and Nagasaki, and their urgent appeal that the elimination of nuclear weapons becomes a reality while they are still alive. They also listened to hopeful voices of young people accepting responsibility for achieving and maintaining a world without nuclear weapons.

An eminent participant and speaker – as in previous four meetings as an invited guest of the city of Nagasaki – was David Krieger, President of the Nuclear Age Peace Foundation, who has participated in the drafting of all the Nagasaki Appeals.

Krieger said in an email comment forwarded to IDN: “The 2013 Nagasaki Appeal is an extraordinary document. It reflects the spirit of Nagasaki, the second of two atomic bombed cities on the planet, and the desire of its atomic bomb survivors to assure that Nagasaki remains the last city ever to suffer such a tragedy. I believe the Appeal should be read by every citizen of Earth and studied by young people everywhere.”

One highlight of the Appeal, said Krieger is that it takes note of the nuclear power accident at Fukushima, Japan in March 2011: “The fear and suffering of Fukushima citizens for their health and life renewed our recognition of the danger of radioactivity, whether from nuclear weapons or nuclear energy. The experiences of Fukushima and the atomic bombings of Nagasaki and Hiroshima have shown us that the effects of nuclear disasters are uncontrollable in time and space,” states the Appeal. 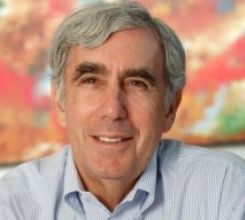 Despite “daunting challenges,” the Appeal finds there are reasons for hope, among which is the renewed international attention to the devastating humanitarian consequences of the use of nuclear weapons. It also found that reliance upon nuclear deterrence for national security is “delusional,” in a world in which human security and global security are threatened by nuclear weapons, said Krieger.

Describing the inhumanity of nuclear weapons, the resolution adopted in November 2011 by the Council of Delegates of the International Red Cross and Red Crescent Movement identified the need to “conclude … negotiations to prohibit the use of and completely eliminate nuclear weapons through a legally binding international agreement.”

The humanitarian impacts of nuclear weapons have been discussed in the United Nations General Assembly since 2010, and at preparatory committee meetings for the 2015 NPT Review Conference. Moreover, the government of Norway hosted an international conference in Oslo in March 2013 on the humanitarian impact of nuclear weapons. A follow-on meeting, will be hosted by the government of Mexico in February 2014.

Krieger highlighted another aspect of the Nagasaki Appeal, which calls for “a series of concrete actions, including commencing negotiations on the prohibition and elimination of nuclear weapons; the US and Russia taking unilateral and bilateral nuclear disarmament measures; phasing out of reliance on nuclear weapons in the security policies of all countries; having greater citizen participation in nuclear abolition campaigns; establishing new nuclear weapon-free zones; aiding the victims of Fukushima; and learning the lesson that humanity cannot continue to rely upon nuclear energy any more than it can rely upon nuclear weapons.”

The Appeal states: “The accident at Fukushima has taught us that we cannot continue to rely upon nuclear energy.” It recalls that Senji Yamaguchi brought the hibakusha’s experience of the atomic bomb to the United Nations in 1982, when he declared: “No More Hiroshimas, No More Nagasakis, No more Hibakusha, No More War!”, adding: The accident at Fukushima requires the addition of “No More Fukushimas!”

The Appeal also offers some specific advice to the Japanese government based upon its special responsibilities as the world’s only country to have been attacked with nuclear weapons, said Krieger. “These responsibilities include: coming out from under the US nuclear umbrella; providing leadership to achieve a nuclear weapon-free zone in Northeast Asia; demonstrating leadership for nuclear weapons abolition; and seeking and welcoming international assistance in controlling the radiological crisis at Fukushima.”

The Appeal points out that leaders of 532 local authorities in Japan have expressed support for a nuclear weapon-free zone in Northeast Asia, as did 83 Japanese and South Korean parliamentarians from across the political spectrum in a joint statement on July 22, 2010. In September 2013, the President of Mongolia indicated his country’s interest in exploring the establishment of a nuclear weapon-free zone in Northeast Asia at the United Nations General Assembly.

To demonstrate leadership, says the Appeal, Japan should take advantage of the opportunity presented by the Non-Proliferation and Disarmament Initiative (NPDI) Foreign Ministers’ Meeting to be held in Hiroshima in April 2014. Japan, it says, should also urge political leaders and government officials who will participate in the G20 Summit that will be held in Japan in 2016 to visit Hiroshima and Nagasaki.

Further: The participants in the Nagasaki Global Citizens’ Assembly pledge to continue “utmost efforts to achieve a world without nuclear weapons”, and aver: “Nagasaki must be the last A-bombed city.” This, notes Krieger, is a necessary goal for humanity and for the future. “It is the great challenge that confronts all of us living on the planet in the Nuclear Age. Nagasaki is doing its part to lead the way. They need our voices and our commitment to succeed.”

For this to become reality, the Appeal recommends a series of tangible steps – most of which have been proposed by Soka Gakkai International (SGI) President Daisaku Ikeda in his peace proposals – including:

The call for negotiations on the comprehensive prohibition and elimination of nuclear weapons to start in 2014, and for these negotiations to be supported by the NPT Review Conference in 2015 and the High Level Conference proposed to take place no later than 2018.

Significant reductions by the U.S. and Russia in their strategic and non-strategic, deployed and un-deployed nuclear stockpiles through bilateral or unilateral measures, and halt on development and modernization of nuclear weapons systems by all nuclear-armed countries, paving the pathway to reallocating USD 100,000,000,000 per year to meeting social and economic needs.

Greater citizen participation and the engagement of young people around the world in campaigns for the elimination of nuclear weapons, such as Mayors for Peace, Parliamentarians for Nuclear Nonproliferation and Disarmament (PNND), the Abolition 2000 Global Network to Eliminate Nuclear Weapons (Abolition 2000), the International Campaign to Abolish Nuclear Weapons (ICAN), and International Physicians for the Prevention of Nuclear War (IPPNW).

*Ramesh Jaura is global editor of IDN and its sister publication Global Perspectives, chief editor of IPS Germany as well as editorial board member of Other News. He is also executive president of Global Cooperation Council, board member of IPS international and global coordinator of SGI-IPS project for strengthening public awareness of the need to abolish nukes. [IDN-InDepthNews – November 16, 2013]